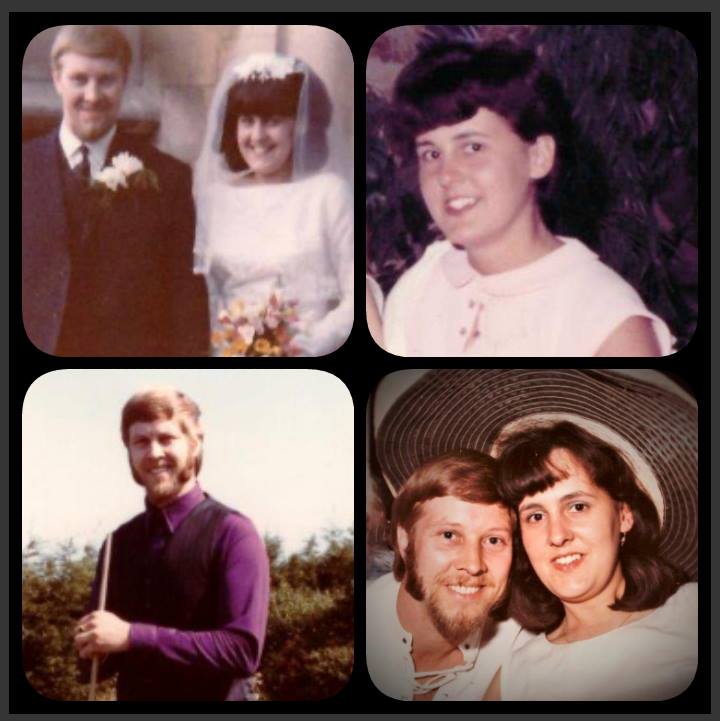 Maria Shearer shares her story with Cholangiocarcinoma and founding The Cholangiocarcinoma Awareness Facebook Group Community
A Caregivers Story with a twist. Maria Shearer has endured and she has made a difference, she stepped out and up to help others.
Friday 11th March 2016 was significant for Maria’s family, it was her Mums and Dad’s 49th Wedding Anniversary. It was also the day that her parents were told that her Dad had an aggressive, inoperable, incurable and rare Biliary Cancer in the liver called Ardenocarcinoma.

Maria has shared her story here with us all.  She created the CCA Facebook page on 25th March 2016, with a goal, that together with our individual networks of friends and family, we can find others and find help to fund research and possibly find a cure for Cholangiocarcinoma.

Inspiration comes to those who are open to it. Maria has done something very special, she has set in motion a Vision and a Purpose, she has created a Direction and Momentum. Something that will lift us all up and beyond todays reality. 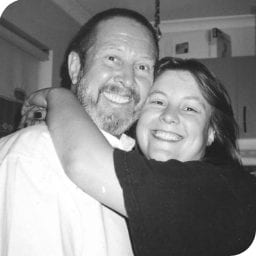 Maria Shearer and her Dad
Founder of CCA
Published on Oct 17, 2018
Written by Maria

Hi everyone, I created this page on 25th March 2016, with a goal, that together with our individual networks of friends and family, we can find others and find help to fund research and possibly find a cure for Cholangiocarcinoma. In the interim I really wanted to create a place where others could discuss their own individual journeys, treatments, ups & downs and to be able to share information on Cholangiocarcinoma and possible treatments whether they are clinical or natural. As when I started researching I could not find anything in Australia where we could do this for Cholangiocarcinoma and those affected by this horrible cancer.

My Story from the Diary

The easiest way to tell my story is in diary form, from my posts, so here goes.
My story began on the 26th February when my Dad was taken to hospital with a pain in his side. After an X-ray and a CT scan he was told he had a mass on his liver and bowel, which could possibly be cancer. He had further testings and a colonoscopy and endoscopy. He then had more bloods taken and a biopsy of which the results were given to us on Friday 11th March 2016. This date was highly significant as it was my Dad and Mums 49th Wedding Anniversary. The outcome was not good. We were advised that Dad had an aggressive, inoperable, incurable and rare Biliary Cancer in the liver called Ardenocarcinoma. Chemo was to commence the following Tuesday to try to extend life, even for a little.

Dad commenced Chemo on Tuesday 19th March 2016, 2 weeks on 1 week off for 6 sessions.
His oncologist then advised him that he had Cholangiocarcinoma – a rare liver cancer within the Biliary of the liver, however there is not much known about this cancer except it is a silent fast killer and incurable. We were then told the devastating news that statistics show that Dad would probably only have 8-10 months absolute best case scenario.

Time is running out

Dad was then taken to receive his first chemo session. Together mum and dad walked through the doors. When a few tears left his eyes he looked at me and said “I guess we don’t have as much time”. I then told my Dad again to forget the numbers and concentrate on the belief we will make the time. I told him to not give up. I told him I loved him. I told him we are all here for him and we won’t stop trying. I told him that every breath, every second, every minute is a moment in time we need to treasure and remember. He then went into his chemo session for the first time. I then had to hold the tears welling up inside of me until he was out of sight. I had to then tell myself everything I had told my Dad. For I need to be strong for him to keep him positive and not let the negativity bring him down, for if it does, the mind being such a powerful tool, could increase the speed of the cancer.

April 11, 2016 – Dad has his second week of his second round of chemo tomorrow. Then the following week he will have CT scan to see if it has shrunk. The biopsy results showed he wasn’t eligible for KEYTRUDA trial due to his gene mutation. It all seems so unfair.

May 26, 2016 – Clinical Trials for Immunotherapy have been available for melanoma patients recently at RAH. Dad has been low the last few weeks, with Pneumonia & now DVT. In a few months they will be opening up more Trials for Rare cancers, including Cholangiocarcinoma at the Royal Adelaide Hospital. Dad just needs to work through the above and there it was right in front of me…….. Hope!

August 13, 2016 – Dad has been in hospital since Thursday night. Severe dehydration and the doctor is trying to find out what is wrong with his kidneys. He has been on a drip since Thursday night and he feels a little better. Still has high spirits. He was due to start the BGB-A317 trial on Monday but that has been delayed now till 24th August until we find out what is wrong with his kidneys. He had to redo all the tests again since being back from England (not happy but we have to do it, or he cannot do the trial). Dad had to stop chemo for a month before commencing the trial, so this was his gap to go back to England for 3 weeks (he knew this would be his last trip home). Upon returning he had Jet lag, Hypocalcaemia and now dehydration and a kidney issue we are unsure of. He is being so strong and courageous.

August 30th 2016 – Finally Dad is having the trial – BGB-A317 – A Phase 1 – Immediately after the trial was given and completed, Dads heart started fibrillation and blood pressure increased. He has to stay in Royal Adelaide Hospital overnight at least, to ensure all is ok.

Fathers Day and an Oncology meeting

September 4th 2016 – Fathers Day –Monday he was going in to see his oncologist, but the cancer was swelling severely and he was in pain and so weak, no appetite, always tired, he had aged 10 years in a few days. He knew what was going to happen, he was making plans, he just knew. I didn’t realise this was going to be the last time I saw at home.

Dad is slipping away

September 22, 2016 – Tonight they administered heavy sleeping medications to dads pump. He has only a few days left based on the doctor. He says he wants to go he is ready. His pain is being managed through the same pump.
Tonight I told him yet again how much I loved him. I told him I will hurt but I will be ok. I told him it is ok to let go. I told him he was the best dad I could have asked for. He opened his eyes and looked at me and said ‘don’t worry’, and then he said ‘I love you darling’.
I am so torn. My pain reaches down to the bottom of my stomach it feels likes my ribs are breaking apart like my heart is exploding. Then my throat contracts and my face feels like it’s being contorted. This depth of heartache and pain is horrendous. But I will endure it because my hero has endured more. Tonight Dad I feel like I lose a part of you again Dad. The next time I will lose all of you and that will be the last time.

At 6.30am this morning 24th September 2016, Dad passed away peacefully. He endured months of testing, treatments, pain and worry. Towards the end he wanted to go home to be with his mum & he didn’t want us to suffer seeing him as he was. Pride, strength, persistence and courage were qualities Dad displayed throughout his life, more so throughout this mountain he was given.
He approached life with an ‘I can do’ attitude always. He never gave up but this time the cancer won the fight. He wanted something to come out of the trial; he wanted it to help others, even if it was not going to help him. Well Dad, you have helped others for when I created this group, we were only a few, now we are many. Each and every day others are helping each other through this horrible cancer, through discussions, websites, and communication. Thank you Dad for allowing me to help others with you.

In the last few months, Mum has been undergoing struggles of her own with Ovarian cancer, operations and now chemo. So I have asked Steve to help keep the group going in my absence. Of which he is doing an absolutely fabulous job. Thank you everyone for contributing and for all the new faces I am seeing on this page. I know Dad is proud of what we have been able to accomplish so far. 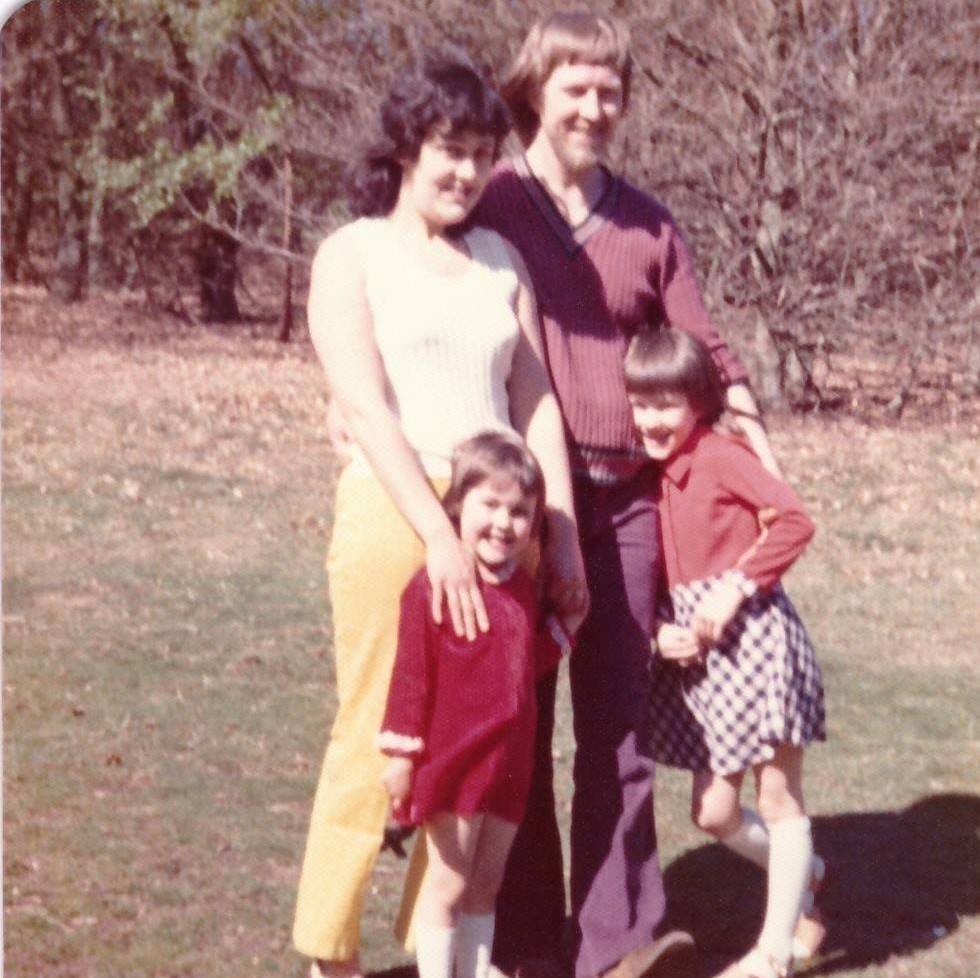