Keytruda may be a miracle cancer drug 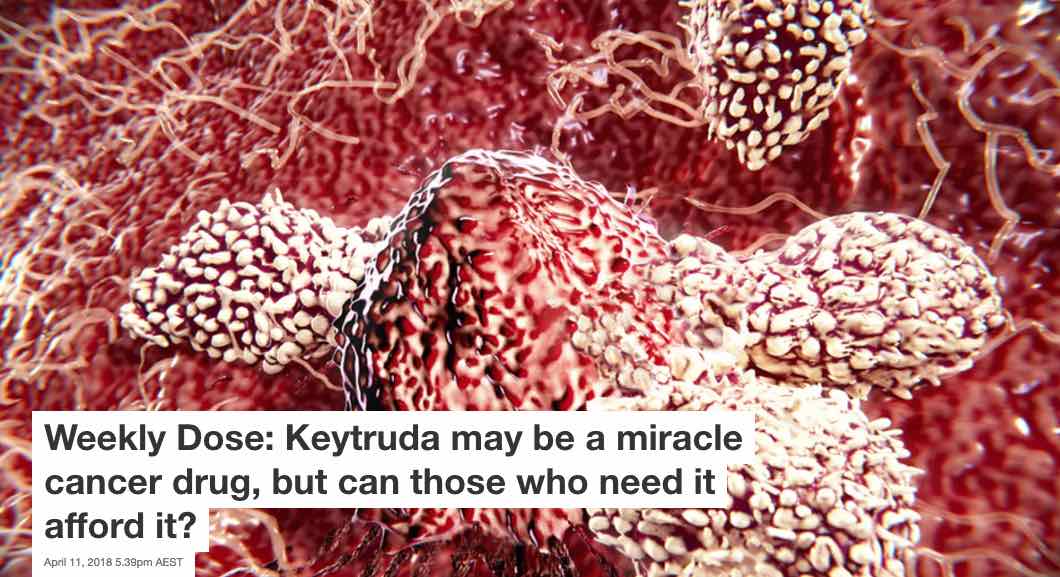 can those who need it afford it?

Keytruda (generic name pembrolizumab) is an immunotherapy drug manufactured by the company Merck & Co. It is most commonly used to treat melanoma, and was listed for this use by Australia’s Therapeutic Goods Administration in April 2015.

In March 2017, the TGA extended approval for Keytruda to treat a specific type of lung cancer called non small-cell lung carcinoma. In the same month it was approved by the US Food and Drug Administration (FDA) for classical Hodgkin lymphoma, and the TGA later also approved it for this condition.