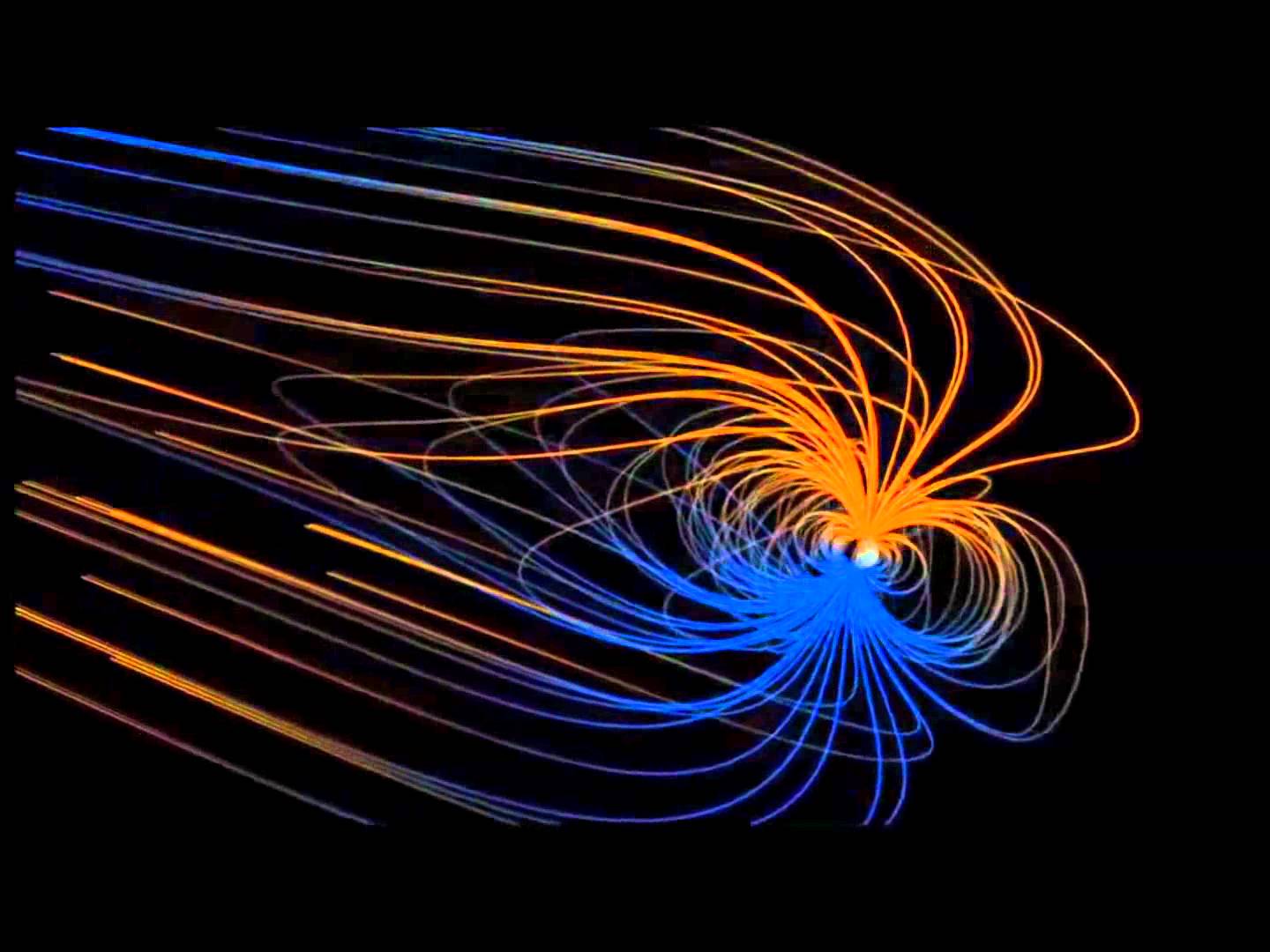 Investigating Biliary RFA Procedure as an option for Extrahepatic Cholangiocarcinoma

(1) https://www.ncbi.nlm.nih.gov/pmc/articles/PMC3921441/
Clinical study
> “RFA was performed in patients with unresectable malignant biliary duct obstruction after the most feasible (8 to 10 watts, effect 8, 60-90 s) probe settings for optimal radiofrequency ablation had been identified in the pre-clinical study at our center starting in February 2012. All patients treated with endoscopic RFA for malignancy of an intrahepatic or perihilar bile duct were eligible for inclusion in this study and the study protocol was approved by the ethics committee of the Medical School of the University of Frankfurt, Germany. None of the patients had been eligible for curative surgery or had undergone a previous explorative laparotomy due to locally advanced disease or comorbidities. However, all patients reported symptoms such as painless jaundice or weight loss. Histological diagnoses were obtained by percutaneous needle biopsy or intraductal endoscopically operated biopsy during ERCP. All endoscopic RFA procedures were ascertained in an interdisciplinary conference of consultant physicians from the departments of surgery, gastroenterology and medical oncology and treatment recommendations were given in consent.”

> “All endoscopic procedures (ERCP) were performed by an experienced pancreatobiliary endoscopist under standard operating conditions with a commercially available duodenoscope (TJF-160 VR or TJF Q180V, Olympus medical, Tokyo, Japan). Previously inserted plastic endoprostheses were removed before cholangiography, which were then used to confirm biliary length, diameter and localization of the tumor stenosis.”

> “The clinical part of this study is a retrospective cohort study. Data were analyzed from patients who underwent endoscopic RFA between February 2012 and April 2013 at our study center. The primary endpoint was the technical feasibility of endoscopic RFA. Secondary outcome measures included peri-interventional complications and overall survival.”

> “We observed biliary bleeding 4 to 6 wk after the intervention in three patients and two of these patients died of hemorrhagic shock. While one of these patients developed spontaneous hemobilia, bleeding started during stent extraction in the other patients that was successfully stopped in one patient by insertion of a non-covered self-expanding metal stent (SEMS). None of the three patients had undergone chemotherapy concomitantly to endoscopic treatment. Of the remaining patients, four patients developed recurrent cholangitis during follow-up that could be successfully managed with stent exchange and antibiotic therapy.

we did observe three cases of hemobilia that occurred 4-6 wk after RFA application. Two out of these three patients died from the consequences of hemorrhagic shock, while bleeding was successfully stopped in one patient by immediate SEMS insertion into the bleeding bile duct.

> “Although bleeding occurred several weeks after the RFA procedure in all three patients, a possible direct relationship to RFA may be assumed. In the two patients in whom bleeding occurred during stent extraction, deep necrosis induced by RFA may have been discarded from the perihilar tissue when necrotic material was removed while extracting the plastic endoprosthesis, thereby resulting in injury of a major blood vessel. Another possible explanation could be a strong necrotic effect induced by RFA that may have led to an increased angiogenic response within the tumor causing the recruitment of new vessel branches within the treated tissue. However, either of these hypotheses requires confirmation by analysis of immunohistochemical staining and biochemical processing of the treated tissues. Possible preemptive strategies to avoid biliary bleeding complications could include pre-interventional investigation with intraductal ultrasound (IDUS) to rule out large blood vessels in the vicinity of the ablation site. For the prevention of late bleeding complications, insertion of a SEMS directly after the RFA procedure seems to be feasible[12]. Severe complications associated with endoscopic RFA treatment have also been reported from most other published studies. For example, Dolak et al[14] reported that severe bleeding occurred in two of their patients and liver infarction in another patient, while Steel et al[12] reported that two of their patients required percutaneous gallbladder drainage for empyema.

Another secondary outcome measure of our study was overall survival following RFA therapy, which was shown to be 6.4 mo. In the above-mentioned Austrian multicenter study, the overall survival following RFA application was 10.6 mo. However, this was a multicenter cohort, involving 58 patients in total[14]. Other reported outcome measures included the increase of the diameter of tumor strictures[12] or stent patency at follow-up[12,14].

Taken together, our study shows that endoscopic RFA for malignant bile obstruction is a technically feasible and easy-to-apply procedure. However, based on the current experience, RFA should not be applied outside of study protocols given the risk of potentially fatal bleeding. Thus, randomized studies comparing PDT plus stenting vs RFA plus stenting, both with or without chemotherapy, are clearly desired.”

CONCLUSION:
Biliary RFA is a technically feasible with a low adverse event rate and is associated with increased survival. Multi-centre randomized controlled trials are required.

(3) https://clinicaltrials.gov/ct2/show/NCT03166436
Clinical Trials.GOV:
Brief Summary:
Pancreatic cancer and cholangiocarcinoma are the most common causes of malignant biliary obstruction. They are diseases of increasing incidence and unfavorable prognosis. Only a minority of patients have a localized disease and are indicated for surgery with a chance of long-term survival. Locally advanced and metastatic tumors are treated with palliative chemotherapy or chemoradiotherapy; the results of such treatments are unsatisfactory. The average survival of patients with unresectable disease is 6 months and only 5 – 10 % of patients survive 5 years. Chemotherapy and radiotherapy can be used, however only with a palliative effect. Biliary drainage is an integral part of palliative treatment. Endoscopically or percutaneously placed stents improve quality of life, decrease cholestasis and pruritus, but do not significantly improve survival. Biliary stents get occluded over time, possibly resulting in acute cholangitis and require repeated replacement. Endoluminal biliary photodynamic therapy (PDT) and radiofrequency ablation (RFA), locally active endoscopic methods, have been increasingly used in recent years in palliative treatment of patients with malignant biliary obstruction. In photodynamic therapy, improved survival has been shown in two randomized controlled trials; however the technique suffers from technical complexity, high cost and low availability. In RFA, application of low voltage high frequency current during radiofrequency ablation results in tissue destruction by heat. Its antitumor effect may also be related to systemic changes in antitumor immunity. The use of endoluminal biliary RFA has so far been reported only in small retrospective cohorts of patients.

The aim of this randomized study is to compare efficacy of RFA plus stenting to stenting alone in palliative treatment of malignant biliary obstruction with survival as primary outcome. Secondary outcomes are stent patency, immediate and late complications, quality of life and effects on anti-tumor immunity in the RFA group.

Evidence is growing for efficacy and safety of biliary RFA, but questions remain.

Radiofrequency ablation (RFA) has been widely utilized in gastrointestinal endoscopy, mostly to treat patients with dysplastic Barrett esophagus. An endoscopic probe for performing biliary tree RFA in the context of endoscopic retrograde cholangiopancreatography has been available for some time, but many practitioners may lack experience with this device. In a systematic review and meta-analysis including 9 studies (505 patients), investigators evaluated the safety and efficacy of biliary stent placement with or without biliary RFA.