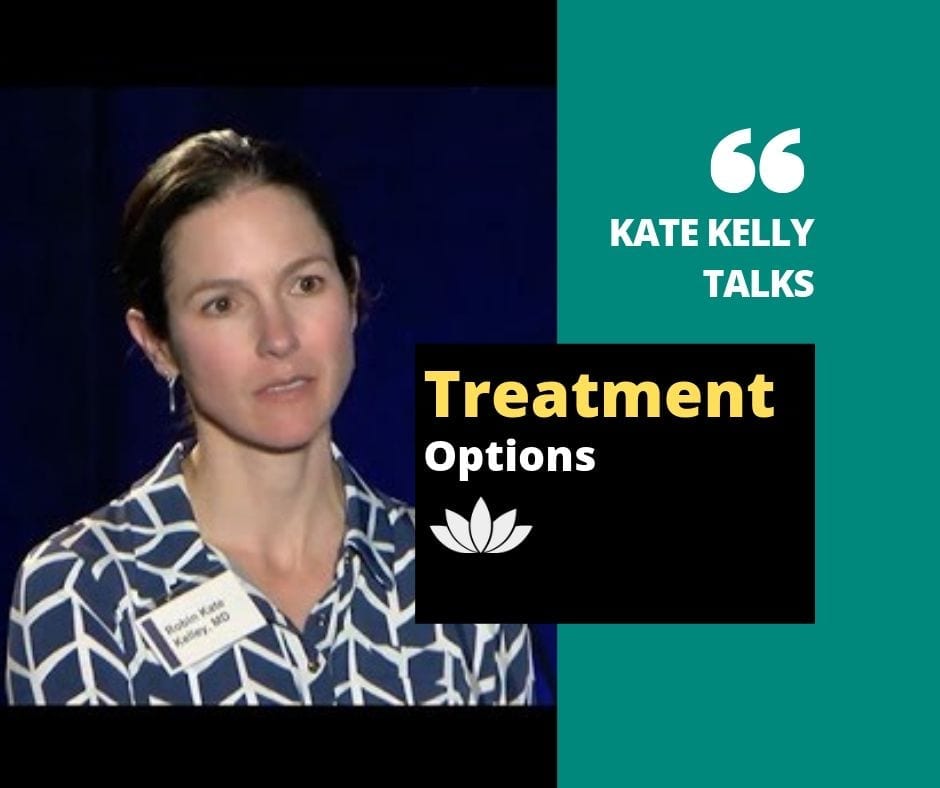 THE INCIDENCE of cholangiocarcinoma is rising, and effective therapies are urgently needed. Several classes of experimental molecularly targeted agents might meet this challenge, according to Robin Kate Kelley, MD, Associate Professor of Medical Oncology and leader of the clinical trials program in hepatobiliary cancers at the University of California, San Francisco (UCSF).

“There is great promise ahead in cholangiocarcinoma,” said Dr. Kelley, who highlighted these promising new targets and drugs in an Invited Lecture at the 2018 Gastrointestinal Cancers Symposium.1

Gemcitabine plus cisplatin (ABC-02) remains the standard first-line systemic therapy for advanced cholangiocarcinoma, although it leaves much to be desired, as median survival is less than 1 year. There are currently no established regimens for the second line and beyond. Prior molecular targeted therapies (predominantly epidermal growth factor receptor [EGFR] or vascular [VEGFR]) in unselected populations of patients with cholangiocarcinoma have not shown a benefit, and no studies have been enriched for a target-positive population.

“The prognosis was distinct, and it was best for cluster 4,” she noted. In the International Cancer Genome Consortium study, approximately 60% of patients in cluster 4 were alive at 7 years, compared with 0% to 40% of patients in the other clusters (P < .0001). “Molecular stratification will gradually replace anatomic as we learn more about the prognostic value and natural history of some of these molecularly defined cohorts,” she said.

THE BETTER PROGNOSIS for cluster 4 may be partly due to its enriched presence of FGFR2 fusion, as they have been associated with improved outcomes. FGFR fusions, which are present in about 15% of intrahepatic tumors, are driver events that result in ligand-independent activation of the FGFR pathway.

Median progression-free survival was 6.7 months, which “compares very favorably to second-line cytotoxic fluorouracil-based therapy, which is generally about 3 months in retrospective studies,” she noted. “We (at UCSF) had, for example, a patient with multifocal intrahepatic tumors and nodal metastases who showed a dramatic partial response, which was sustained for almost 9 months, along with other patients with even longer responses in the trial.”

In an impressive case series, Goyal et al reported that polyclonal secondary FGFR2 kinase domain point mutations arise in the setting of acquired resistance to BGJ398.4 Some of these mutated tumors may be susceptible to structurally different FGFR2 inhibitors in preclinical studies, she said.

One of these agents is TAS-120, a highly selective, covalent pan-FGFR inhibitor that has shown activity against FGFR2 resistance mutations. In a phase I/II basket trial of 23 patients with FGFR2 fusion and other FGFR-altered cholangiocarcinomas, 4 of 9 patients with FGFR2 fusions achieved at least an unconfirmed partial response, and 8 patients had tumor regression.4 Other alterations were generally not as responsive. TAS-120 is currently being evaluated in a large basket trial with planned enrollment of over 800 patients.

“Multiple FGFR2-targeted agents are poised for pivotal trials in the first line and beyond, for advanced cholangiocarcinoma,” she said.

“Early results of FGFR2 inhibitors in cholangiocarcinoma are very promising, with durable partial responses seen and prolonged progression-free survival in target-positive populations,” Dr. Kelley said. “They rightly have prompted single-arm pivotal phase II and III trials that could achieve future accelerated or fast track regulatory status for the drugs. If larger studies bear out the current durable overall response rates, these data may warrant their study in an earlier context, including as first-line and possibility adjuvant therapy.”

Although tolerability varies among the agents, there are class toxicities, especially hyperphosphatemia stemming from the FGFR1 inhibition component. Mechanisms of resistance require further study to guide the sequencing of ATP-competitive vs covalent inhibitors and combinations, she added.

ANOTHER PROMISING target is the isocitrate dehydrogenase-1 (IDH1) mutation, which occurs in about 20% of intrahepatic tumors. This mutation results from the accumulation of oncometabolite 2-hydroxyglutarate, which blocks differentiation and leads to uncontrolled proliferation of de-differentiated tumor cells.

Ivosidenib (AG-120), a first-in-class oral, selective, reversible inhibitor of mutant IDH1, is currently in phase III trials of cholangiocarcinoma and acute myelogenous leukemia. In a phase I study of 73 heavily pretreated patients with cholangiocarcinoma, ivosidenib was well tolerated and produced responses in 5% of patients as well as stable disease in 56%; median progression-free survival was 3.8 months, and 12-month progression-free survival was 20.7%.5 Treatment with ivosidenib seems to restore cholangiolar differentiation of cells that are undifferentiated at baseline, based upon paired biopsy findings in a subset of patients enrolled in this study.

The phase III ClarIDHy trial is currently assessing ivosidenib as second- or third-line treatment in 186 patients; this is the first integral biomarker-selected phase III trial in this tumor type. “The results of ClarIDHy will determine the efficacy of ivosidenib as monotherapy in this population. Its favorable safety profile suggests we can use it in combination,” she said.

BAY1436032 is another mutant IDH1-targeted small molecule now in a phase I basket trial of 100 patients. In addition, olaparib (Lynparza) is being evaluated in a phase II trial of 75 patients based on the provocative finding that the mutant IDH1 oncometabolite may suppress homologous recombination in preclinical models.

“There are many other candidate drivers in cholangiocarcinoma, but their incidence is low,” Dr. Kelley continued. Basket trials such as the National Cancer Institute (NCI)-MATCH and TAPUR trials may reveal signals of activity for agents targeting BRAF and BRCA1/2 mutations, other homologous recombination deficiencies, rare fusions such as ROS1 and anaplastic lymphoma kinase (ALK), and other aberrations in rare subsets including HER2 amplification.

AS WITH OTHER gastrointestinal cancers, about 2.5% of cholangiocarcinomas have mismatch repair (MMR) deficiency, which makes them a target for programmed cell death protein 1 (PD-1) inhibitors. In small subsets of cholangiocarcinoma in two KEYNOTE trials, outcomes of treatment with pembrolizumab (Keytruda) were positive.

Whether pembrolizumab might also have value in MMR-proficient (microsatellite-stable) biliary cancers will also be determined in the KEYNOTE-158 basket trial. In this subgroup, other immunotherapy strategies or combinations may be needed, and these studies are underway.

ALTHOUGH MOST research is focused on biomarker-selected therapy, there is also a role for unselected trials, according to Dr. Kelley. This type of trial is appropriate when there are high rates of pathway activation and/or synergy with chemotherapy or resistance mechanisms at play.

Several ongoing randomized phase II trials are evaluating chemotherapy plus novel agents targeting EGFR, MEK, MET, VEGFR2, and other pathways. The 300-patient JSBF RP2 trial is studying the anti-VEGF agent ramucirumab (Cyramza) and the MET inhibitor merestinib plus gemcitabine and cisplatin in the first-line setting. Since EGFR activation is common in biliary tract cancer, the EGFR inhibitor varlitinib is being evaluated in combination with capecitabine, as second-line therapy, in the 120-patient phase II TreeTopp study, with plans to increase enrollment to 482 patients for the phase III trial.

Dr. Kelley concluded by acknowledging that tumor collection and assessment can be challenging but is important. She encouraged clinicians to perform tumor profiling for “high-incidence targets” in cholangiocarcinoma, including MMR deficiency. “Our institutional practice is to obtain tumor sequencing before or during first-line therapy in patients with advanced stages of cholangiocarcinoma,” she said.