Bile Duct Cancer – How it develops and how to prevent it 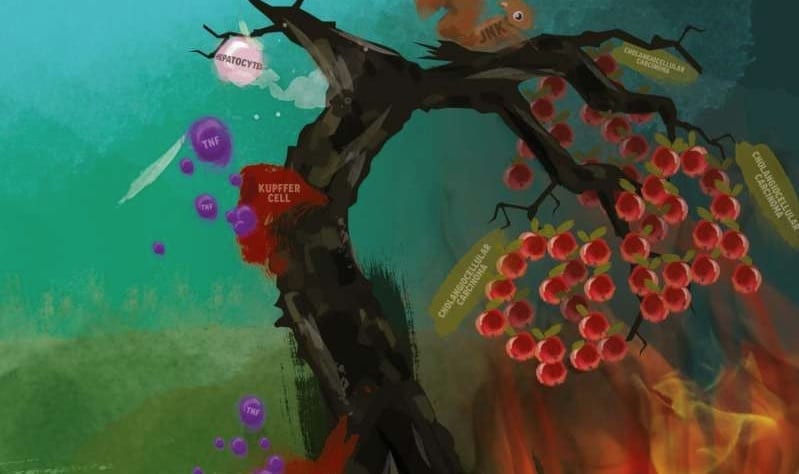 HOW BILE DUCT CANCER DEVELOPS AND HOW IT CAN BE PREVENTED 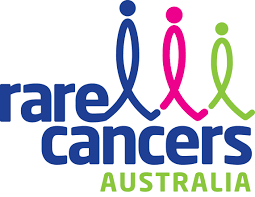 13 JUN 2017 at 12:00 AM
Two different types of cancer can develop in the liver. The more common malignant tumors are hepatocellular carcinomas, which arise from liver cells. Less common in the liver is bile duct cancer (cholangiocarcinoma), which originates from bile duct cells or undifferentiated liver cells. Both types of cancer are difficult to treat – and the number of newly diagnosed cases has been on the rise in recent years. In the U.S.A., they are the second most frequent cause of death from cancer today and the cancer type with the fastest growth rate of new cases.

“Up to now, we have had hardly any clues about what promotes bile duct cancer and, therefore, we have had no possibility to use drugs to stop this process,” said Mathias Heikenwälder from the German Cancer Research Center (Deutsches Krebsforschungszentrum, DKFZ) in Heidelberg. “In our present work, we have not only identified a key signaling pathway that causes bile duct cells to turn cancerous but we also show several possibilities to interrupt this cancer-promoting process.”
Further major contributors to the current study are Heikenwälder’s colleague Dirk Haller from the Technical University of Munich (TUM) as well as researchers from the German Research Center for Environmental Health (Helmholtz Zentrum München), Tübingen University Hospital and the University of Tübingen. The scientists first studied liver tissue samples from mice and also from humans. In the environment of cholangiocarcinomas, they always found very high levels of harmful reactive oxygen species (ROS).

Are reactive oxygen species the cause?

ROS are typically found in liver tissue that has been damaged by inflammation such as in viral hepatitis or alcohol abuse. These conditions are associated with an increased risk of developing cancer of the liver.

The researchers wanted to know whether high ROS levels causally and specifically promote the development of bile duct cancer and whether they also promote hepatocellular cancer. At TUM, Haller succeeded in breeding mice with a specific defect in the mitochondria of the liver. This defect leads to high ROS levels, thus simulating the situation in a severely damaged liver.

When the animals were several weeks old, numerous growth sites of bile duct cells were in fact found in their livers. Pathologists clearly identified them as cancer precursors that also contained tumor stem cells. In the neighborhood of these growth sites, the investigators discovered increased quantities of Kupffer cells. These specialized macrophages in the liver produce a chemical messenger called TNF that has a growth-promoting effect on surrounding cells. TNF activates an enzyme called JNK, thus triggering proliferation of the bile duct cells.

By contrast, mice whose cells were unable to produce TNF receptors were protected against the uncontrolled growth of the bile duct cells; their livers were less damaged and the animals survived longer.

Antioxidants and agents against JNK can stop tumorigenesis

Does this link between high ROS levels, TNF and the development of bile duct cancer also apply to humans? “We believe it does,” said Darjus Tschaharganeh from the DKFZ, “because we found very high levels of both TNF and the activated form of JNK directly in the tumor tissue in samples that were obtained from patients during surgery for bile duct cancer.”

“Once we had identified the molecular connections, we could specifically search for possibilities to interrupt this signaling pathway,” said Heikenwälder. When the research team treated the mice with agents that inhibit the JNK enzyme, the animals developed significantly fewer bile duct carcinomas. “When we added an antioxidant to their food, the condition of their livers improved and they lived longer,” he added. “The reactive oxygen species were blocked and the growth of the bile duct cells was reduced to almost nothing. By contrast, the antioxidative substance had virtually no impact on the liver cells.”

In a next step, the team led by Heikenwälder wants to find out whether the antioxidants or the agent against JNK, respectively, also have therapeutic potential. The researchers will conduct preclinical studies to examine whether it is also possible to use the substances to influence already established bile duct cancer and which genetic factors might play a role in this process.